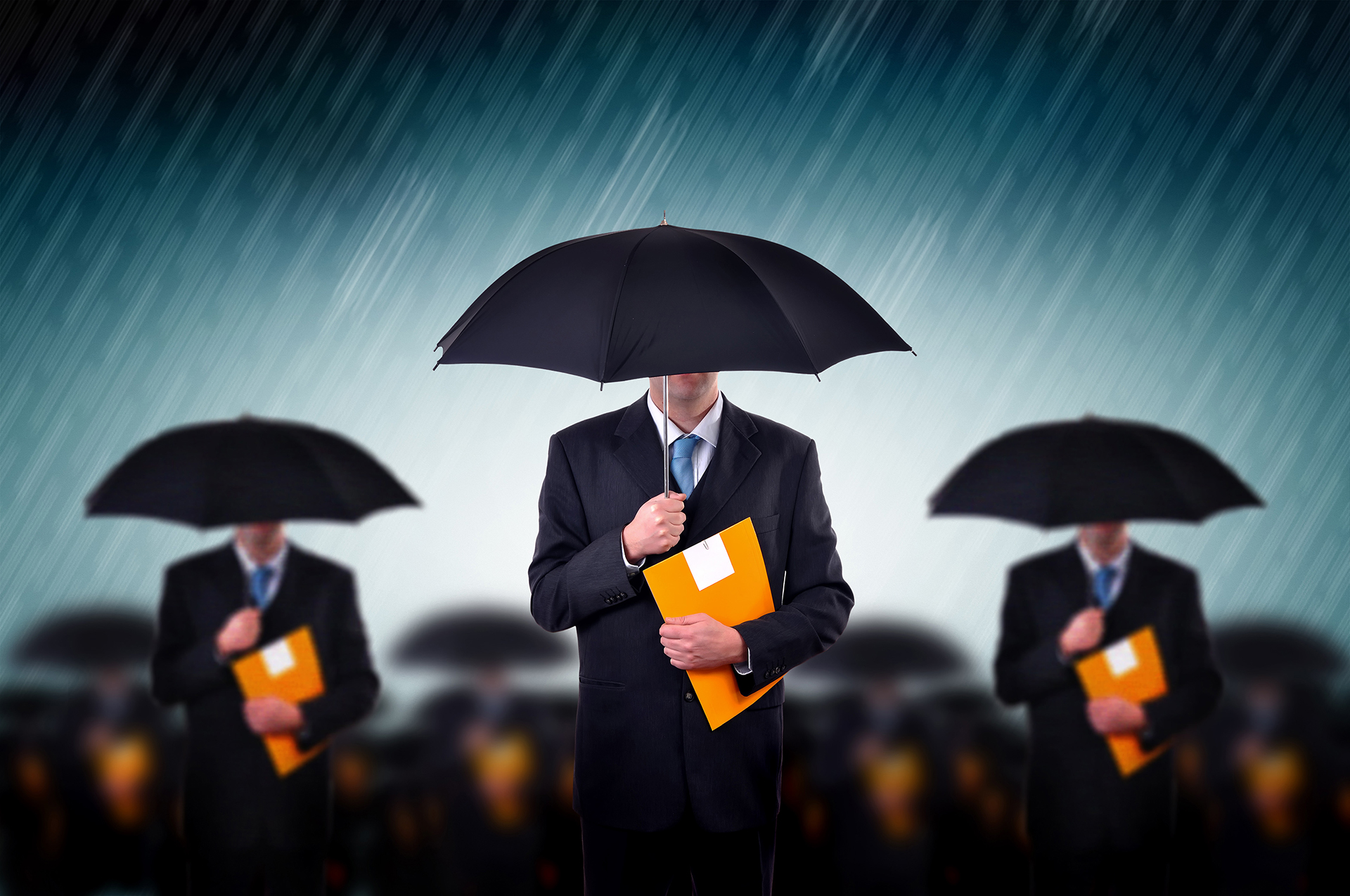 What are the laws in North Carolina regarding Uninsured/Underinsured Motorist Coverage?

If you have ever been involved in an automobile accident, then you know that it is not the most pleasant experience. Starting with the fact that the insurance company, whom you consider to be your best friend, begins to split hairs in an attempt to settle your claim, and cut every possible corner throughout the entire process. Imagine that, on top of dealing with everything else, the other driver, despite causing serious injuries to you or your loved ones, either had an inadequate amount of coverage or even worse – had no coverage at all. The said example illustrates one of the worst-case scenarios, especially if you didn’t carry any Uninsured or Underinsured (UM/UIM) coverage of your own. However, if you had any form of liability coverage in the state of North Carolina, then you most likely also had an equal or greater amount of UM/UIM coverage.

In North Carolina, just like in many other states, all drivers are required to carry minimum liability insurance coverage and uninsured/underinsured coverage:

Though the law requires everyone to drive with at least the minimum personal liability car insurance in North Carolina, unfortunately, not everyone does. On the bright side, when you are injured by another driver who does not have any liability insurance, you are not completely out of luck – provided that you had your own policy. In other words, uninsured motorist coverage will cover you in an accident in which the at-fault driver does not carry any liability insurance. This is a safeguard that was promulgated by North Carolina legislators to ensure that you will at least receive some form of financial compensation. Uninsured motorist coverage will cover both the bodily injuries that you have sustained and the property damage. That said, the amount that your UM/UIM insurance will cover depends on the limits of your own policy. That is why it is a good idea to carry at least 100,000/300,000 limits with at least $5,000 in Medical Payments (MedPay). It may be a bit overwhelming to cope with the accident and deal with other ancillary matters, therefore, please allow Biazzo & Panchenko Law to handle your accident for you and fight for the highest possible recovery! Our knowledgeable car accident lawyers are conveniently located near you in Matthews and Charlotte, North Carolina and serve all your legal needs.

Who, what, and when is covered by my uninsured and underinsured motorist coverage?

As a general rule, uninsured motorist policy always includes bodily injury provision as well as property damage coverage. Next, the good news is that your uninsured motorist coverage will cover the registered owner of the vehicle, any family members that reside in the household, and any other person that drove the vehicle with the permission of the owner, as well as any passengers. Therefore, your uninsured coverage will not provide coverage for someone that steals your car or drives it without your permission, but will most certainly cover a driver, up to the policy limits, whom your permitted to drive your vehicle and who got injured by uninsured driver.

Next, the fact that the coverage is available doesn’t necessarily mean that it will be accessible. Insurance company is a business, and just like any other business they will use anything at their disposal to deny you that coverage. As such, just like the owner would, anyone who was driving the vehicle will have to prove that they are legally entitled to damages from the uninsured, at-fault, driver. Therefore, any defenses that are available to the uninsured driver are also available to the uninsured policy carrier who will use anything in their arsenal to deny the claim. The biggest thing that all carriers are trained to look out for and love to deny policies for – is contributory negligence. In other words, if you or anyone who drove your vehicle is found to have contributed to the accident in any way, however slight, your friendly carrier will deny the policy and leave you without any hope or possibility of recovery.

What is the amount that my uninsured coverage will pay?

As stated above, your liability policy, as a general rule – will mirror that of your uninsured motorist coverage. That is, if you have policy limits of $30,000/$60,000 ($60,000 per the entire accident and $30,000 maximum amount per person) then you likely have $30,000 coverage in uninsured policy. Therefore, as an example, let’s say you get into an accident with a driver who didn’t carry any liability policy, and the carrier determines that you were not contributorily negligent in said accident, then you will be entitled to recover $30,000. Scenario 2 – same facts, but your injuries amount to $60,000, you will still only be able to recover a maximum of $30,000.

In what instances can I use my uninsured coverage?

Next, There are several different instances pursuant to which you can open a claim under your uninsured motorist coverage. Specifically, in North Carolina, an uninsured vehicle is defined as a vehicle that is not insured or a vehicle that is insured but the insurance company denied liability. As to the latter, most commonly it occurs in situations where the insurance company filed for bankruptcy or if the driver of the insured vehicle is not an insured driver under the policy (driving without permission or driving a stolen vehicle).

What if I was involved in a hit and run?

As a general rule, in North Carolina, your uninsured motorist coverage will cover, that is – up to the policy limits, your vehicle and any bodily injuries when you are involved in a hit and run accident. That said, in order to prevent fraudulent claims, North Carolina law requires you to do the following things before your claim can be valid:

Report the accident to law enforcement within 24 hours so that an officer can promptly investigate the incident.Notify your uninsured motorist provider within a reasonable time after the accident, which generally should be done within a few days following the accident.The accident must involve a “collision” between two vehicles.

While the first two requirements stated above are pretty self-explanatory: you should call the police after the accident and notify your insurance company as soon as possible. Number three, however, needs some further examination.

North Carolina law has established a “No Contact Rule” for uninsured car accident claims. In short, this means that if your vehicle does not make contact with the hit and run vehicle, sometime referred to as phantom vehicle, then you do not have an uninsured motorist vehicle coverage claim. That is – your uninsured carrier can deny your claim outright. This type of scenario generally arises when a vehicle is run off the road into a ditch, making no contact, or when a vehicle hits some object falling off another vehicle like a piece of a tire that falls off the eighteen-wheeler.

What if the at-fault party has insurance, but they deny my claim?

Even if the party who was at fault in the accident did have liability insurance policy, they may still deny your claim based on their in-house investigation. In such an event you may still open a claim with your own insurance policy provided that you have comprehensive coverage or MedPay. The easiest way to open a claim with your own policy is to get the at-fault driver’s insurance denial in writing. Under North Carolina statute, drivers have a right to open a claim with their own uninsured motorist coverage, so long as a letter from the at-fault driver’s insurance company denying fault can be provided. However, this doesn’t necessarily mean that your claim will be accepted with your own, seemingly friendly and reliable, insurance company. More often that not, they may still deny your claim on any technicality that they encounter during their investigation. That is why we suggest to all of our clients to never speak with an insurance adjuster regarding the facts of the accident, since they’re trained to spot facts that will be the basis for the denial of the coverage.

How do I go about opening a claim with my uninsured motorist coverage?

Generally, as stated above, we advise for you to contact Biazzo & Panchenko Law, and we will do all of the heavy lifting for you. However, if you feel like you can handle it on your own without providing any statements that may result in a denial, then technically you can open an uninsured claim the same way you would any other accident related claims, except in this scenario the claim is against your own insurance company. As such, you simply dial your car insurance company claims line and provide them with the basic details of your accident. In doing so, try to be as brief as possible. Be sure to mention that you need to open an uninsured motorist claim, due to the fact that the driver that ran into you was uninsured. The adjuster will then provide you with a claim number and begin to handle your claim. Please note, that after opening an uninsured claim with your own insurance company, their attitude and goals shifts from friend to foe.

As a result, there will certainly be an investigation, a ton of questions, collection of bills and records, more recorded phone calls, and then hopefully negotiations and a potential settlement. However, settlements in uninsured claims generally tend to be a lot smaller than in regular ones. As stated above, the reason why these claims typically settle for a lot less is because you cannot sue your own insurance company, and the claim will likely be submitted to arbitration. Arbitration process is much more informal than trial, settlements tend to be a lot smaller, and they’re typically heard in front of an arbitrator or panel of arbitrators. During said process of arbitration, the chosen arbitrator will be the one who decides the outcome of the case, and his or her decision is unfortunately binding. That is – you will likely be stuck with the decision made by arbitrator.

Will my premiums increase if I use my uninsured motorist coverage?

As a general rule, your insurance premiums do not increase when you open a claim under your uninsured motorist coverage. But there’s always an exceptions, and in some rare instances they do actually increased if you’re deemed as an unsafe driver by your carrier. Lastly, while the premiums may not increase right after you file the uninsured claim, your friendly insurance carrier will likely take that into account when you make changes in the future to your policy. This is because your insurance company will use the claim as one of the factors when they provide you with a new quote. In some instances, your insurance company may even terminate their contract with you upon the expiration of the current policy. In such an event, you can simply shop around and find another carrier.

Get your Case Evaluated

We strongly encourage you to seek the advice of a licensed North Carolina Personal Injury Attorney if you have been injured in a motor vehicle accident or other incident caused by another. You could potentially recover damages for medical expenses, pain and suffering, lost wages, property damage and other compensable damages. At Biazzo & Panchenko Law, we are prepared to negotiate a settlement for you or pursue your case through a jury verdict if warranted. Contact Biazzo & Panchenko Law today to schedule your free Personal Injury consultation. This blog is not to be construed as legal advice.