Most Common Types of Auto Accidents in North Carolina 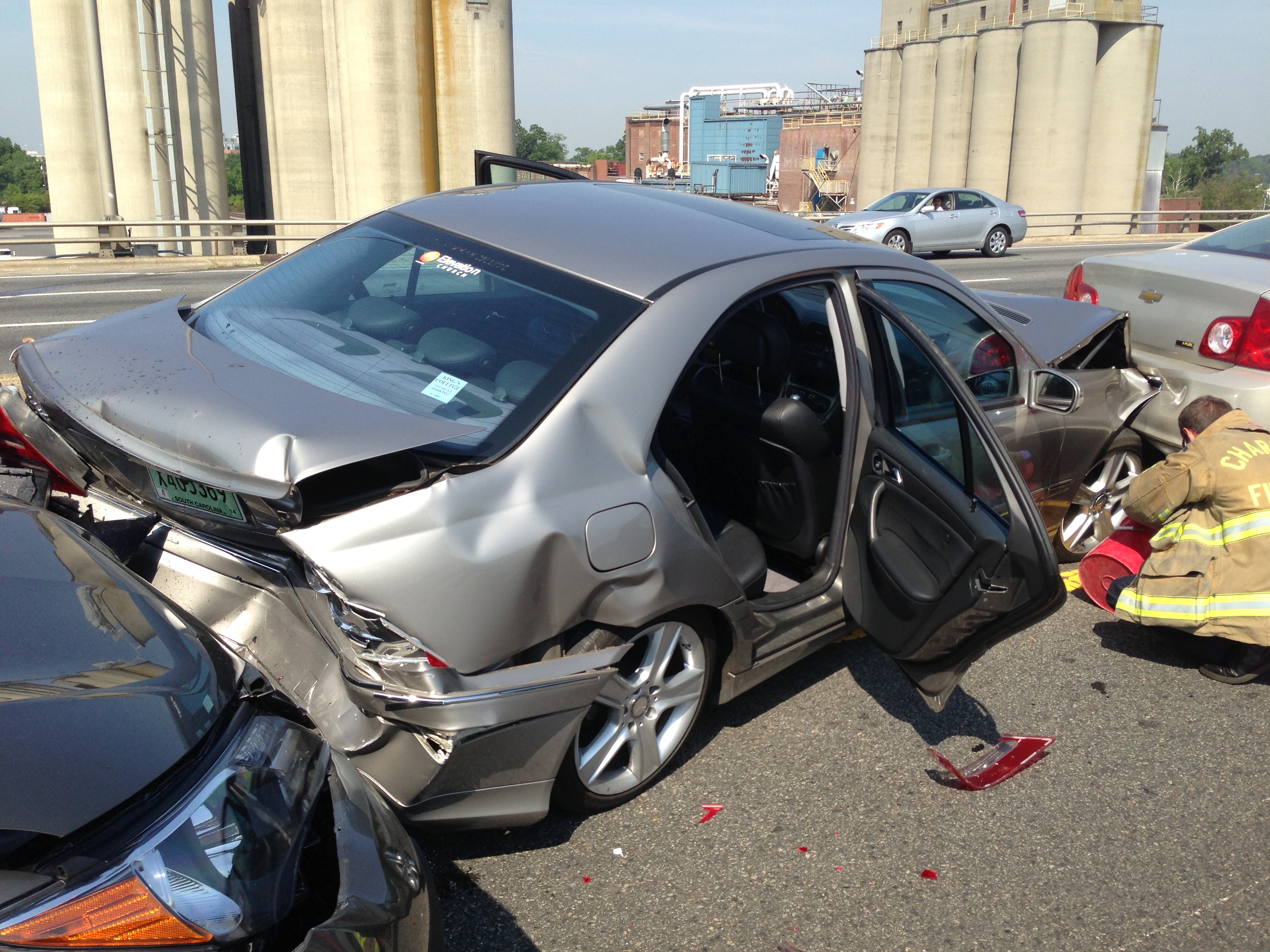 While many of us, living the Carolinas, have probably heard about many different types of car accidents, most of us know very little about the consequences of those accidents or how to avert them. Learning more about these accidents can not only help you or your loved ones reduce the possibility of being involved in one, but can also provide, at times, life-saving guidance when you know how to act immediately after the crash. The following is a brief overview of the top five of the most common types of auto accidents, and helpful tips from our car accident attorneys serving Charlotte, Matthews, and other surrounding areas.

In this article, we’ll reference one very important term – Negligence. Unlike many other states, it is extremely important to understand the basics of how the law of Negligence works in North Carolina, especially as it relates to the defense of contributory negligence. North Carolina still has one of the nation’s most antiquated laws, one of which is contributory negligence. Pursuant to said defense, you cannot recover anything if you have participated in causing the accident in any way, even as low as 1%. As such, in North Carolina insurance companies pray on unwary accident victims in an attempt to gather any information that would permit them to legally deny your claim. Therefore, we strongly urge you not to speak with adjusters about your accident, and instead get medical treatment and then contact Biazzo & Panchenko Law immediately.

Unfortunately, in our highly mobile world, there is no way to guarantee that you or your loved ones will not be involved in a car accident and possibly incur personal injuries, because even the most attentive drivers occasionally get in terrible accidents through no fault of their own. It is, however, important to be prepared, know your legal rights, and understand what type of compensation you deserve.

According to National Highway Traffic Safety Administration (NHTSA), rear-end car accidents are one of the most common types of automobile crashes in the entire country, and as a result they are also a leading type of personal injury accidents. Rear-end crashes account for approximately 29 percent of all crashes, most of which result in serious injuries and even death. A typical rear-end collision occurs when a lead vehicle is stopped or moving very slowly prior to the accident. NHTSA, over the course of the past several years, has collaborated with numerous institutions in order to reduce the number of fatalities in rear-end accidents; however, they had very limited success. Next, NHTSA developed numerous ventures – from the center high-mounted stop lamp to pre-crash warning systems that some auto manufacturers have now implemented as standard equipment in most of their automobiles. While said efforts have greatly reduced the amount of rear-end collisions, they still remain a leading type of an automobile accidents.

What to do in order to avoid the Rear-End Accidents:

Always keep a safe distance. That is – do not follow too closely a vehicle ahead of you or tailgate;If another vehicle is tailgating you, then merge into another lane to let him/her pass, if the said maneuver can be done safely.Always pay attention and do not become distracted by texting or doing something else (adjusting any technology inside the vehicle or eating) other than driving. Remember, it can wait!

Side-impact collisions are self-explanatory, as they occur when one vehicle crashes into the side of another vehicle. While the number of side-impact collisions is less than rear-end impacts (about 27% of all accidents), they pose a much greater danger, because the driver or the passenger of the vehicle is positioned much closer to the point of impact, unlike in the front-end crash where the engine and its reinforcement shields the occupants of the vehicle. As such, occupants of the impacted vehicle may suffer much more serious bodily injuries such as broken bones, hip fractures, skull fractures, facial lacerations, and other serious and life-threatening injuries.

We have all heard about a vehicle being T-boned at an intersection – unfortunately this is the most common type of a side-impact accident. And as the name suggests, in a T-bone accident, one vehicle crashes into another at a perpendicular angle. This is also the most dangerous type of a side-impact accident, as that is where the occupants of the vehicle are likely to be seated. Despite the vicious nature of this type of an accident, it also can be avoided.

What to do in order to avoid the Side-Impact Accidents:

Even if you have the right of way, prior to entering the intersection, always look both ways.Don’t accelerate right after the light turns green, but instead proceed with caution to ensure someone is not attempting to cross the intersection right after the light turned red for them.Never assume that other drivers know and abide by the driving rules, instead always be cautious of other drivers’ possible inattentiveness and negligence.

Hopefully everyone heard about blind spots, and ways to avoid them, as that is exactly how most of the crashes while merging occur. Specifically, a typical crash while merging or changing lanes occurs when a driver from one lane and a driver from another lane, travelling in the same direction and at the same speed, merge at the same time without paying attention. The reason this type of an accident is also one of the most common is because prior to changing lanes, drivers generally only check their side-mirrors and neglect to turn their heads to check their blind spots. Thus, even the safest drivers frequently get into auto accidents while merging, because blind spot is very deceiving as it requires additional effort to eliminate the danger.

What to do in order to avoid the Crash While Merging or Changing Lanes:

Do not attempt to merge while speeding, especially in the areas where other vehicles are attempting to merge onto the roadway.Do not solely rely on your side-mirrors, but also turn your head every time to ensure that your blind spot is clear.If the budget permits, buy a vehicle with blind-spot monitoring. The said system will alert you when there is a vehicle on either of your sides. More sophisticated systems will even make the steering wheel vibrate and/or prevent you from merging.

Perhaps the most frightening and violent type of an automobile accident is the head-on collision. It is more likely to result in a fatality, because of the high speeds that are created by the added momentum of both vehicles travelling towards each other. Generally, this type of a car accident occurs on smaller roads where no median is present, and as a result even the slightest deviation from the lane may cause the front-end of two vehicles to collide. However, head-on collision can also involve a vehicle and a fixed object such as a light pole, tree, or another fixture.

Head-on collisions frequently occur where a dividing median is not present or when one vehicle attempts to overtake another to pass it. As such, rural roads account for a great deal of said accidents. While it may be difficult to prevent this type of accident from occurring, because it may be caused by inattention of another driver, which generally takes a split second – one can still reduce the exposure to this type of a deadly accident by following these simple rules:

Things that can potentially prevent or reduce occurrence of head-on collision:

Do not get distracted while driving and pay attention to oncoming traffic, especially while travelling on poorly lit roads with no median.Do not drive when you’re intoxicated or fatigued.Do not pass or overtake another vehicle on a curvy road or a road with hills.

Generally, multi-vehicle collisions occur on busy roads, highways, and freeways; and typically involve three or more vehicles. It is, at times, fairly burdensome to investigate and determine who was at-fault. That’s primarily due to the fact that most parties tend to be dishonest and fabricate conflicting stories as to who stopped in time and who didn’t. A multi-vehicle accident is likely the most dangerous type of an accident, as the vehicles involved may have multiple points of impact, which results in substantial frame damage and difficulty in removing the crash victims from their vehicles. The most frightening types of multi-vehicle accidents occur during bad weather conditions that drastically reduce visibility; specifically – during winter snow storms that also form black ice. Most of us have seen shocking videos where dozens of automobiles, pickup trucks, and even semi-trucks crash into each other at highway speeds. This often results in multiples fatalities and hundreds of thousands of dollars in property damages.

Multi-vehicle accidents are probably the most difficult to avoid as well, as even the most diligent drivers can be caught between two vehicles or encounter dangerous weather conditions involving black ice. Nonetheless, by paying adequate attention to drivers around you and by considering weather conditions prior to driving, you can greatly reduce the chances of being involved in a multi-vehicle collision.

We strongly encourage you to seek the advice of a licensed North Carolina Personal Injury Attorney at the earliest stage possible if you or your loved ones become a victim of any of the above-discussed types of collisions. Your attorney could potentially recover damages for medical expenses, pain and suffering, lost wages, and other compensable damages. At Biazzo & Panchenko Law, we are prepared to negotiate a settlement for you or file a lawsuit and pursue your case through a jury verdict if warranted, to obtain the compensation you deserve. Contact Biazzo & Panchenko Law today to schedule your free Personal Injury consultation. This blog is not to be construed as legal or medical advice.